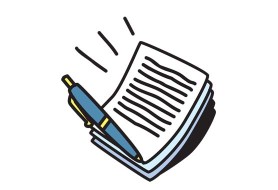 We know a legend about the Babylonian Tower: once people decided to build a tower which would be so high that it would reach the heavens. Certainly, to build it lots of people gathered together. All of them were able to understand each other because one language was spoken then. The work was being done successfully but God became angry about it and punished the builders: he created lots of languages. The people lost contact with each other. The work couldn’t be completed.
These legend makes us think about the importance of languages and ability to understand each other. Actually, we take the language we speak for granted — it seems to be just a means of communication. But once we are in other countries, we are baffled because we can’t explain what we need! Using gestures can be fun but certainly it takes a lot of time and it’s often imprecise.
So here comes the question: how could all people understand each other? Probably, one language should be chosen to be learnt by everyone?
No one chose English to be that one but, nevertheless, we must admit that English nowadays could be called a world language. Here are facts which prove it:
— geographically, English is the most widespread language on Earth, second only to Mandarin Chinese in the number of people who speak it;
— it’s the official language of the United Kingdom of Great Britain and Northern Ireland, of the United States of America, of Australia and New Zealand;
— English is used as one of the official languages in Canada, the Republic of South Africa and the Trish Republic;
— another 100 million people chiefly living in Bangladesh, India, Pakistan and in many African countries speak English in additional to their own language;
— 75 % of the world’s mail and 60 % of the world’s telephone calls are in English;
— it’s the language of business, technology, sport and aviation.
We see that it’s a must to know the English language nowadays. Perhaps, that’s why English is the most popular language taught at school in our country. Many pupils start to learn it at the age of six. I assume that it’s good — it’s a well-known fact children can master a language more easily in comparison with adults. And it takes much time to do it: in order to have perfect knowledge you are to learn all aspects of English: grammar, vocabulary, phonetics. Four activities: speaking, listening, reading, writing — will lead you to mastering the language.
Though lots of people claim that the English language is an easy one, there are its own difficulties. Like articles, for example. For us, who speak Russian as a mother tongue, articles have often been a problem. Tenses usually confuse learners, too. And I suppose the most difficult things in English are prepositions and set expressions — only by learning them by heart you will master them.
Naturally, there are lots of pluses of English. For instance, verbs have rather few inflec¬tions, and adjectives do not change according to the noun. English is a very flexible language: the same word can operate as many different parts of speech. For example, we can water flowers and have water to drink; time to go and to time a race; a paper to read and to paper a bedroom. Moreover, English has a very open vocabulary (this involves the free admission of words from other languages and the easy creation of compounds and derivatives). Most world languages have contributed some words to English at some time, and the process is now being reversed. Purists of other languages are resisting the arrival of English in their vocabulary — too many English equivalents started to substitute original words.
Another aspect of English which is not considered to be simple is pronunciation. Lots of words in English are written in the same way, but they are pronounced differently. There are even some funny poems about it.

Think of comb and tomb and bomb,
Doll and roll and home and some.
And since pay is rhymed with say,
Why not paid with said I pray?
Think of blood and food and good;
Mould is not pronounced like could.
Why is it done, but gone and lone –
Is there any reason known?
A moth is not a moth in mother
Not both in bother, broth in brother,
And here is not a match for there
Nor dear and fear for bear and bare.

We should bear in mind that a language is not simply words: it’s part of culture. A word, its pronunciation and spelling can tell us a lot about the past of a country. We can notice that frequently words from different languages are similar. What historical information can this fact give us?
Well, let’s take a look at the history of English.
When Julius Caesar invaded Britain in BC 54-5, the ‘Celtic’ tribes lived on the British Isles. Their Celtic languages still survive as ‘Gaelic’ in Scotland and Ireland, ‘Welsh’ in Wales, and ‘Manx’ in the Isle of Man, as well as ‘Breton’ in France.
So, the Romans brought Latin to Britain, but even before them the tribes from the East (the territory which is now known as Germany) had brought different dialects of the Germanic language in there. That’s why modern German and English have many similar words.
Later, the Vikings brought the Norse language, and the Normans from France (led by King William the Conqueror in 1066) brought the Old French language.
What is known as Middle English is the mixture of Old English and French. Nowadays even for native English speakers it’s very difficult to understand.
When the Renaissance came in Europe, English was not very different from the English used today. And the most famous writer of that time is William Shakespeare. Today we use lots of sayings Shakespeare gave us, and often we don’t realize that they came from his plays and poems. Probably you know some of these: «All the world’s a stage», «All’s well that ends well», «Love is blind».
As settlers from Britain moved across the world, English continued developing. First of all, it borrowed lots of words from other languages. Secondly, English started to fall into categories: British English, American English, Australian English and the like. Though the differences between them are slight, they exist.
Certainly, the fact that English is so widespread, has a very rich vocabulary and is comparatively easy to learn contributes to the popularity of this language. But, of course, not everyone is satisfied with the primary position of English. Actually, why not any other language be a world one? Does it mean that English is better in some way? People from France still can’t put up with the fact that French is no longer as popular as it used to be. And it’s bad that native speakers of English sometimes feel superiority: they needn’t take pains to learn other languages.
We know that there was an attempt to create an artificial language. It was called Esperanto. It would be a very good idea to use this neutral language as a world one. Moreover, it’s said to be very easy to learn and, at the same time, you can express the most sophisticated ideas with the help of it. Though Esperanto nowadays is not extremely widespread, its popularity is growing.
Anyway, I’m sure English will remain to be a very important language. Surely people will continue to learn it because it’s very pleasant both to speak and to listen to English. The rich vocabulary enables you to describe the slightest changes of emotions, the most exact thoughts. Famous writers entertain and amaze you and the convoluted history of English itself attracts more and more people to start learning this language.