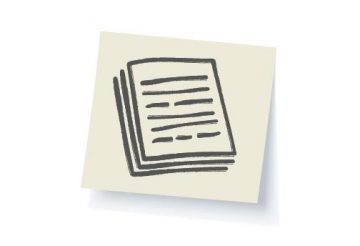 ‘He’s a brave man,’ people say about me. ‘He’s never afraid.’
They are wrong. I wasn’t always a brave man, and at times I was afraid — very afraid.
I am an important man now. I have an important job. People know me and like me. They don’t know that I wasn’t always brave. I will tell you the story.
I was a very shy young man. I didn’t like talking to other young men; I was afraid. ‘They’ll laugh at me,’ I thought.
Women were worse. I never spoke to them; I was always afraid of them.
I try to help shy people now. I never laugh at them, because I remember that time. I was very unhappy then.
Then there was a war between my country and another country. I had to be a soldier. Me! I was always afraid, but I had to be a soldier! And it was very dangerous.
I was afraid. The other soldiers didn’t talk about it, but they knew. ‘They’re laughing at me,’ I thought. ‘They aren’t afraid.’ I was wrong, but I didn’t know that. I felt very bad.
One day, I was in the town. I had two days holiday, away from the other soldiers. I wasn’t with friends; I didn’t have any friends. I was very unhappy. I walked slowly past some shops.
An old man stood by the road. There weren’t many cars on it.
‘Why doesn’t he walk across the road?’ I thought. ‘Is he afraid?’
I went near him, and then I saw his eyes. ‘Oh,’ I thought. ‘Now I know. He can’t see! He wants to go across, but he can’t go without help.’
Other people walked quickly past him. They had to go to work, or to their homes. They didn’t help him; they didn’t have time.
But I had time — a lot of time. ‘I’m not doing anything,’ I thought. ‘Why can’t I help him? I won’t be afraid of him.’
I took the old man’s arm, and I helped him across the road.
‘Thank you!’ he said. His hand felt my coat. ‘This is a soldier’s coat,’ he said. ‘Are you a soldier?’
‘Yes.’
Perhaps I said it in a sad voice. The old man put a hand in his jacket. He took something out and gave it to me.
‘Take this,’ he said. ‘It will help you. Wear it, and you’ll be all right. Nothing bad will happen to you.’
He walked away, and I looked at the thing in my hand. It was a small charm — pretty, but strange.
‘It’s a girl’s thing,’ I thought, and I put it in my coat.
The next day we went to war. I was afraid — very afraid — but I remembered the charm in my coat. ‘Perhaps the charm will help me,’ I thought, so I took it with me.
Suddenly I wasn’t afraid. Why? I didn’t know. Was it the charm?
It was bad that day. Men died all round me. ‘Perhaps I’ll die next,’ I thought. But I wasn’t afraid!
Our leader was a brave man. He was in front of us, and we followed him. Suddenly he was down. He fell to the ground and didn’t move. The other soldiers stopped. They were afraid.
I thought, ‘Perhaps our leader isn’t dead. I’ll go and see.’
I went to him. The fighting was worse now, but I wasn’t afraid. ‘I’ve got the charm with me,’ I thought. I’ll be all right.’
I brought our leader back to a better place, and then I looked at him. He was very white and ill, but he wasn’t dead. His eyes opened, and he smiled at me.
He spoke — not easily, but I heard him. ‘Go in front!’ he said. ‘The men will follow you.’
The men followed me, and we fought well that day.
After that, I was fine. Later, I was a leader, too. The men were happy and followed me. People didn’t laugh at me then.
‘But is it right?’ I thought, ‘I’m not very brave. It’s only the charm.’
I didn’t tell people about the charm. I had friends for the first time, and I was happy.
One day we had to take an important bridge. There were a lot of soldiers on it, and they had big guns. The country was open, without any trees. It was very dangerous, and my men were afraid.
‘We’re going to die,’ they said.
‘Listen,’ I told them.’I’ll go first, and we’ll run very quickly to the bridge. Don’t be afraid. They can’t kill us all. Follow me, and we’ll take that bridge.’
I put my hand in my coat. But the charm wasn’t there!
‘What am I going to do?’ I thought.’I can’t be brave without the charm.’
I looked at the faces of my men. They weren’t afraid now.
I thought, ‘My words have helped them. They aren’t afraid now. They’re waiting for me. They’ll follow me everywhere. I’m their leader, and I can’t be afraid.’
I shouted: ‘Let’s go!’
We ran. We got to the bridge. We lost some men, but we got there! And we took the bridge!
I will never forget that day. I learnt something then about brave men. Brave men are afraid, too. But that doesn’t stop them.
I will also remember that old man with the charm. ‘It will help you,’ he said.
He was right. I learnt to be brave without it.
I was a young man then, and now I am old.
I am a brave man, people think.
And, yes — they are right. I am.