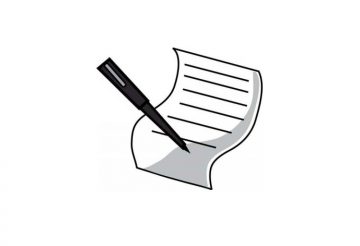 adapted from the short story by O’Henry

Jimmy Valentine had served ten months of a four-year sentence for cracking safes. He was a professional burglar, master in his job and nobody could compete with him in the art of cracking safes. Ten months ago he was caught by Ben Price, eminent
detective, who was his personal enemy. And today he was released from prison due to the Governor’s Pardon, which was obtained for him by efforts of his numerous friends.

At seven o’clock in the morning Jimmy left prison, wearing clumsy ready-made clothes and squeaky shoes and holding a five-dollar bill and a train-ticket, which were all given to him by the prison clerk. First of all Jimmy went to the restaurant, where he tasted the first sweet joys of liberty, then he headed to the railway station and boarded the train. Three hours later he was in a little town near the state line. There he went to the café, which belonged to his friend Mike. Mike greeted him warmly.

He got his key and went upstairs to the room, where he was arrested ten months before. Everything was the same as he left it and even Ben Price’s collar-button, which Jimmy had torn from detective’s shirt, was still there on the floor. Jimmy opened a hiding in the wall and took out a dust-covered suit-case. As he opened it he saw the finest set of burglar’s tools. It was a unique, custom-designed set made of specially tempered steel: drills, punches, braces and clamps, some of them invented by Jimmy himself. It had cost him over nine hundred dollars to make this set and he was very proud of it.

In half an hour Jimmy went downstairs and through the cafe. He was
now dressed in tasteful and well-fitting clothes, and carried his
dusted and cleaned suit-case in his hand.

A week after the release of Jimmy Valentine there was a safe-burglary in Richmond, Indiana. Eight hundred dollars were stolen. Two weeks after
that a patented, improved, burglar-proof safe in Logansport was opened easily and fifteen hundred dollars were missing. That began to interest the police. Then an old-fashioned bank-safe in Jefferson City was opened and lost five thousand dollars, which made the losses high enough to bring the matter up into Ben Price’s class of work. Ben Price investigated the scenes of the robberies and identified them as work of Jimmy Valentine, the most professional and elegant of all burglars.

Ben Price knew Jimmy’s habits. He had learned them while working on
the Springfield case. Long jumps, quick get-aways, no confederates,
and a taste for good society – these ways had helped Mr. Valentine to
become noted as a successful dodger of retribution. Ben Price had taken up the trail of the cracksman. He promised that this time Jimmy will do all his sentence without any short-time and other owners of safes felt more at ease.

One afternoon Jimmy Valentine and his suit-case got off the train in Elmore, a little town in Arkansas. Jimmy was on his way to the hotel, when suddenly a young lady crossed the street, passed him at the corner and entered a door over which was the sign, «The Elmore Bank.» Jimmy Valentine looked into her eyes, forgot what he was, and became another man. Young lady lowered her eyes and blushed slightly. Young man of Jimmy’s style and appearance rarely could be seen in Elmore.

Jimmy stopped a boy and asked him questions about the town, giving him dimes at intervals. At last, when the lady came out, he asked the boy about her name.

Jimmy went to the Planters’ Hotel, registered as Ralph D. Spencer, and
got a room. He said to the hotel clerk, that he had come to Elmore to start shoe business. Mr. Ralph Spencer, previously known as Jimmy Valentine, remained in Elmore, opened a shoe-store and prospered. He made many friends and, which was more important, he met Miss Annabel Adams and became more and more close with her.

At the end of a year the situation of Mr. Ralph Spencer was this: he
had won the respect of the community, his shoe-store was flourishing,
and he and Annabel were engaged to be married in two weeks. One day Jimmy sat down in his room and wrote a letter to one of his old friends:

Could you to be at Sullivan’s place, in Little Rock, next
Wednesday night, at nine o’clock. I want you to do me a favour. I also want to make you a present of my set of tools. I know you’ll be glad to get them – you couldn’t duplicate this set even for thousand dollars. I’ve quit the old business a year ago. I’ve got a nice store, I’m making an honest living and I’m going to marry the best girl on earth. I won’t touch a dollar of another man’s money any more. Be sure to be at Sully’s, for I must see you. I’ll bring along the tools with me.

On the Monday night after Jimmy wrote this letter, Ben Price got off the train in Elmore. He took a quiet walk around the town and found out all he wanted to know. From the
drug-store across the street from Spencer’s shoe-store he got a good look at Ralph D. Spencer.

«Going to marry the banker’s daughter, are you, Jimmy?» said Ben to
himself softly. «Well, I don’t know!»

The next morning Jimmy was going to Little Rock to order his wedding suit and to buy something nice for Annabel. That would be the first time he had left town since he came to Elmore. It had been more than a year now since those last professional «jobs,» and he felt safe.

After breakfast all family went downtown together: Annabel’s father, Annabel, Jimmy, and Annabel’s married sister with her two little girls, aged five and nine. They came by to the hotel where Jimmy still lived, and he ran up to his room and brought along his suit-case. Then they all went to the bank where stood Jimmy’s horse and buggy. Everyone entered the Elmore Bank because it had just put in a new safe and Annabel’s father, who was the owner of the bank, wanted to show them new mechanism of the safe. Mr. Adams explained its workings and two young children, May and Agatha, were delighted by the shining metal and funny clock. While everyone was listening to Mr. Adams, Ben Price came in unnoticed and stood not far from the company. He told the clerk that he didn’t need anything but was just waiting for a man he knew.

Suddenly there was a scream: while adults were busy listening to Mr. Adams, May, the nine-year-old girl, had locked her sister, Agatha, in the safe. The old banker sprang to the handle and tried to open it.

“The door can’t be opened”, he groaned, “The clock hasn’t been wound nor the combination set.»

Agatha’s mother screamed again, hysterically. There behind the thick door the girl was shrieking in the darkness in a panic of terror.

“My dear girl”, mother cried. “She will die of fright. Open the door! Oh, break it open!”

Annabel turned to Jimmy with her eyes full of hope. To a woman nothing seems impossible for the powers of a man she loves.

«Can’t you do something, Ralph?”

He looked at her with a soft smile on his lips

«Annabel,» he said, «give me that rose you are wearing, will you?»

Surprised, she unpinned the flower from her dress and stretched it to him. He took off his coat and Ralph D. Spencer passed away and Jimmy Valentine took his place.

«Get away from the door, all of you,» he commanded, shortly.

Then he opened his suit-case and took out a drill. He was doing his job calmly, as he always did. Others watched him in deep silence. In ten minutes, breaking his own record, he opened the door and Agatha, almost collapsed, but safe, was in her mother’s arms.

Jimmy Valentine put on his coat and walked to the front door. As he went he heard a far-away voice that he once knew call «Ralph!» But he never hesitated. At the door there stood a big man.

And then Ben Price acted rather strangely.

Then he walked out of the bank and went away.